The USS Detroit is a warship inscribed in Operation South Command Hammer (Photo: US Navy)

Before the Serreta ship of the Coast Guard, Gabion class of the Venezuelan Navy, intercepted the USS Detroit warship from the United States, the latter turned northward after it sailed about 26 miles off the coast Venezuelans for approximately seven hours.

On Tuesday, January 21, it was news that the USS Detroit remained close to the coast of Venezuela, creating high expectations for the opposition bases that support a foreign armed intervention against the country, after Juan Guaidó fled to Colombia to meet with the president Iván Duque and Mike Pompeo, Secretary of State of the Trump Administration, in the framework of an anti-terrorism summit sponsored by Washington.

After the activity of the USS Detroit was detected, the Venezuelan Serreta pursued this ship near the Venezuelan coasts, maintaining a prudential distance between navigation waters with international jurisdiction and Venezuelan area.

Subsequently, both the USS Detroit and the Serreta took their route of origin; towards the north the first, towards La Guaira the second. 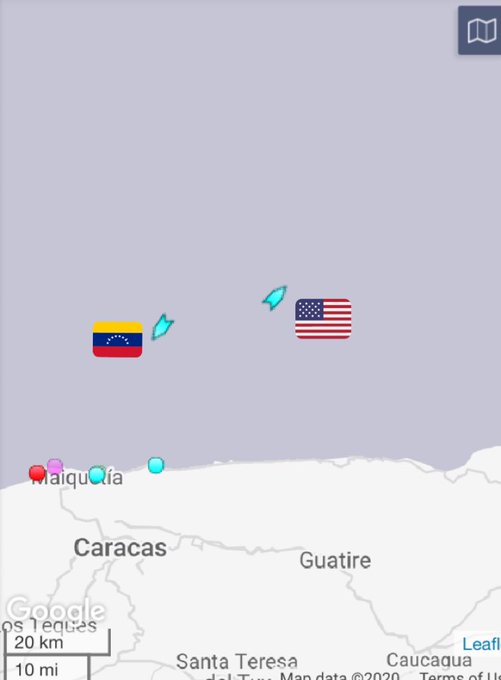 The Military Zone portal reported in December 2019 that the USS Detroit "released moorings at the Mayport Naval Station, to join the area of ​​responsibility of the Southern Command where it will serve in support of the MARTILLO multinational operation" on October 31.

"For the tasks against illicit traffic in waters of Central and South America in the framework of the MARTILLO operation, the USS Detroit will have its surface combat package which will be significantly reinforced by its embarked air component, which is composed of a Sea Hawk MH-60S helicopter and two MQ-8B Fire Scout VANTs assigned to the Sea Combat Squadron (HSC) 2 'Sea Knights' Helicopter. The crew, consisting of 90 people, will perform rotations every 4-5 months and will count with the support of a detachment of the US Coast Guard.

"The USS Detroit will not only be limited to control tasks without the exchange with various navies in the region, as is usually the case in these types of operations. According to the provisions of the US Navy, a In early 2020, a second LCS will be deployed, in this case the USS Little Rock LCS-9, a unit also belonging to the 'Freedom' class. "

The route of the US ship could be connected with military intelligence work, as the South Command has previously made by air, violating Venezuelan airspace several times during 2019, thus denounced by the State chaired by Nicolás Maduro.

For the latest statements of Pompeo, threatening the future overthrow of the Chavez government in Venezuela, it could also be a psychological operation, given the expectation expressed by those who advocate a military invasion of the US bill.

It's 1 year since Juan Guaido's failed US-backed coup in Venezuela and today he's speaking in #Davos.

Hear from the Venezuelan People's Militia, who tired of US meddling are prepared to defend their country from any and all imperial threats.

"We ask no compassion from you. When our turn comes, we shall not make excuses for the terror."
Top 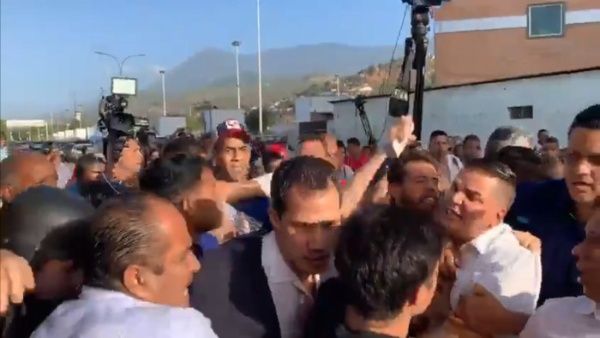 Juan Guaidó was rebuked by citizens on his return to Venezuela on Tuesday. | Photo: Screenshot

In a video that circulates on social networks, it is observed how a Conviasa employee tells Guaidó: “You are a traitor to the homeland”.

Opposition Deputy Juan Guaidó returned to Venezuela on Tuesday after a tour of Europe and the United States ( USA ), during which he demanded greater sanctions against the South American country, and was received by citizens and workers of the state-owned company Conviasa They repudiated his presence.

Guaidó, who last year proclaimed himself President of Venezuela, entered through the Maiquetía International Airport, in the Vargas state, half an hour from Caracas.

In a message placed on his Twitter social network account, Guaidó wrote: “we are already in Caracas. I bring the commitment of the free world, willing to help us recover Democracy and Freedom. A new moment begins that will not admit setbacks and that needs us all doing what we have to do. ”


Guaidó called the town to the airport and the town responded: they went to him for asking for more sanctions for Venezuela and took advantage of asking for his imprisonment. https://t.co/3FUYVOVmPC

The deputy called the town to meet him at the airport, however, the response from the opposition was small.

The teleSUR correspondent in Venezuela, Leonel Retamal, tweeted that "the people responded: they went (but) to raise him for asking for more sanctions for Venezuela and took advantage of asking for his imprisonment."

Groups of citizens and employees of the state-owned Venezuelan Consortium of Aeronautical Industries and Air Services (Conviasa) congregated in the airport lounge, where Guaidó passed by yelling "Get out!" And "Vendepatria."


Listen to the Conviasa workers who waited for Guaidó in Maiquetía. They were not "irregular groups" as the right says, but people who are threatened by economic attacks that, contrary to what the US says, hit the whole of Venezuelan society # 11Feb https://t.co/oImM8zO6av

The administration of the president of the United States (USA), Donald Trump, announced this week that he applied coercive measures to Conviasa, an airline that has about two thousand employees.

In a video that circulates on social networks, it is observed how a Conviasa employee claims Guaidó, who has asked Europe and the United States to apply greater sanctions against Venezuela. "Guaidó, you are a traitor to the country," says the worker.


#Venezuela | Look at the arrogance with which Guaidó treats the airport staff and as a worker at #Conviasa , the state airline, calls the self-proclaimed by name: "Guaidó, you are a traitor to the homeland." pic.twitter.com/5qs8huU0ub

Damn, npr made it sound like some sort of tragedy but it was of course farce.
"We ask no compassion from you. When our turn comes, we shall not make excuses for the terror."
Top 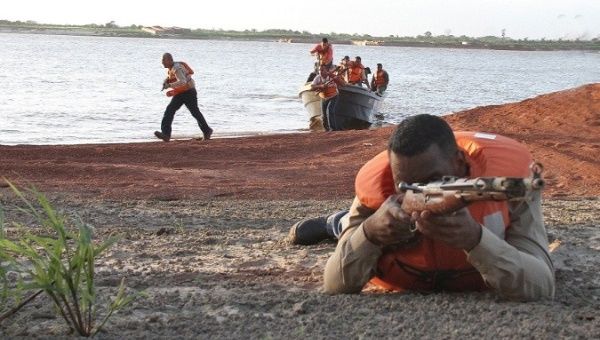 Venezuela's President Nicolas Maduro Saturday inaugurated the 2020 Bolivarian Shield, a defensive military exercise that is carried out amid U.S. threats and sanctions.

"We start the 2020 Bolivarian Shield Exercise with the deployment of our glorious Bolivarian National Armed Forces (FANB), which maintains a military-civic union with more than 2,300,000 mobilized combatants," Maduro said.

"We are deployed on every ship, border post, city, and street. Our determination is born from our love to defend the homeland. Let's go soldiers, let's go militia, let's go people! We will win!" he said​​​​​​.

We are a rebellious, conscious and brave people committed with the liberators' historical struggles. We are always standing and in permanent struggle. Despite all the imperial aggressions, Venezuelans do not give up, nor will we ever give up. We always overcome!

The Venezuelan president indicated that this year's military exercises will have an extraordinary character because all FANB forces and weapon systems will be deployed on Feb. 15 and Feb. 16.

It was also reported that special military maneuvers will be carried out in cities such as Caracas, Maracay, Valencia, Barquisimeto, and Maracaibo, which means that the 2020 Bolivarian Shield will cover the north, south, center, east and west of the country.

Maduro reported that the military exercises will not only serve to prepare for possible attacks by the U.S. or Colombia but also to respond to the mafias smuggling fuel into neighboring countries.​​​​​​​

https://www.telesurenglish.net/news/The ... -0003.html
"We ask no compassion from you. When our turn comes, we shall not make excuses for the terror."
Top
Post Reply
324 posts