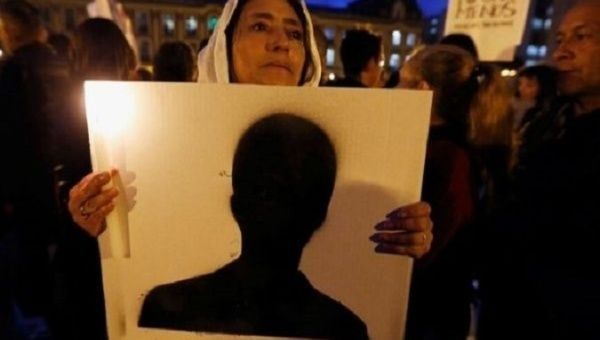 Around 630 social leaders have been killed in Colombia, since the peace agreement was signed in November 2016. | Photo: Reuters

The FARC party expressed concern about the absence of security guarantees, "reflected in the systematic continuity of killing social leaders and former guerrilla fighters."


Another former member of the Revolutionary Armed Forces of Colombia (FARC) was murdered Sunday in Colombia, in spite of the Common Alternative Revolutionary Force (FARC) party's repeated calls demanding the government to guarantee the safety of former combatants who are now in process of reintegration into civilian life.

Daniel Jimenez was murdered on Sunday night in the southern town of Puerto Guzman, Contagio Radio station reported, and "his body was transported to the town of Curillo, in the [southern] province of Caqueta." Armed men allegedly attacked Jimenez, killing him after firing repeatedly.

In a context of persistent violence, the FARC party recently expressed concern about the absence of security guarantees, "reflected in the systematic continuity of killing social leaders and former guerrilla fighters from the former FARC-EP faction."

More than three years after the Peace Agreement between the Colombian State and the former FARC-EP was signed, the party insisted on the need to fully implement what was agreed upon.

The head of the United Nations Mission in Colombia Carlos Ruiz Massieu added that one of the main challenges of the implementation of the peace process was security.

It was not a 'peace treaty', it was capitulation. FARC threw itself upon the 'mercy' of the ruling class, how they could not foresee these results is beyond my understanding.
"We ask no compassion from you. When our turn comes, we shall not make excuses for the terror."
Top

Another Social Leader Killed in Columbia, 54 so Far in 2020 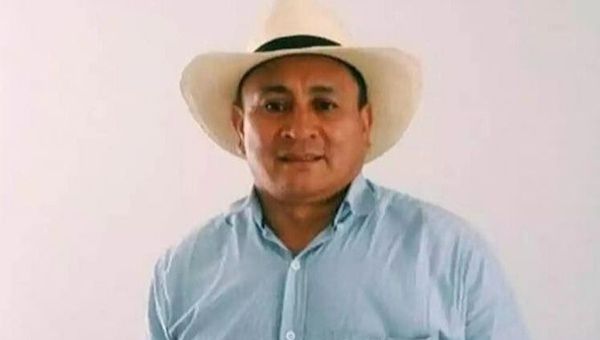 Jorge Macana was a promoter of the substitution of the coca leaf crops program and the sacha inchi palm oil project. | Photo: Social Media

As the systematic killing of social leaders in Colombia continues, Macana’s death marks the 54th in 2020.

The tally of killed social leaders in Colombia continues to add up with impunity, as a local leader was murdered Saturday in the southern department of Cauca, according to authorities and media reports.

Jorge Macana was a promoter of the substitution of the coca leaf crops program and the sacha inchi palm oil project. He was also one of the promoters of the construction of a rural road that would connect the population of Playa Rica with the main roads.

According to preliminary reports, the former leader was shot several times in his house, succumbing to his wounds. The local community, out of respect for the memory of the victim and his family, decided to close down all public shops and establishments this weekend.

As the systematic killing of social leaders in Colombia continues, Macana’s death marks the 54th in 2020.

According to a report from the Institute for Development and Peace Studies (Indepaz), around 630 social leaders have been killed in Colombia, after the signing of the peace agreement in November 2016.

The international organization's representative, who visited the South American nation in the late months of 2018 after a governmental invitation, highlighted the impunity on social leaders' assassinations and the lack of administrative preventive measures against the crimes.

https://www.telesurenglish.net/news/Ano ... -0006.html
"We ask no compassion from you. When our turn comes, we shall not make excuses for the terror."
Top 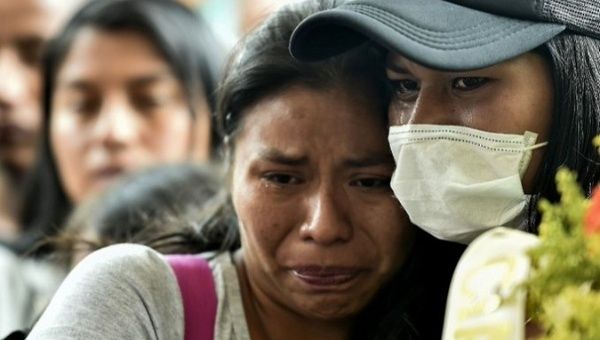 "The two murdered Indigenous leaders and the two wounded belong to the same family and were at home following the quarantine order," the ONIC tweeted.

The Kankuamo leader Luis Kankui indicated that the attack against the Guasiruma family occurred on Monday night. So far no further details are known about the criminal attack.

Despite the 2016 peace agreement between the Colombian state and the then-Revolutionary Armed Forces of Colombia (FARC), the social leaders' situation continues to be precarious.

According to human rights defenders, authorities make little effort to identify, arrest, and imprison members of the "Gulf Clan" paramilitaries and other far-right groups.


"Many indigenous people have survived for more than 500 years throughout America. Today they continue to be attacked, stripped, and many even killed. It seems that nobody wants to see that living holocaust. Here comes the prophecy of the Eagle and the Condor."

On March 20, over 100 Indigenous and rural organizations called for a two-week ceasefire in the country's most conflictive areas​​​​​​.

“Our communities live in territories where violence persists in various forms. We call upon you, combatants of all forces, to protect your own lives and the lives of we, the civilians," said the Indigenous leaders from the Choco, Meta, Putumayo, and Cauca Valley departments.

"We call on you as the main commander of the Armed Forces and National Police to protect the lives of the official combatants and the lives of civilians in our territories with a cessation of hostilities,” they added in a letter addressed to President Ivan Duque.​​​​​​​

"We make this call... based on the WHO declaration of Covid-19 pandemic, which is already causing irreparable loss of human life."

https://www.telesurenglish.net/news/Col ... -0014.html
"We ask no compassion from you. When our turn comes, we shall not make excuses for the terror."
Top
Post Reply
133 posts